Complete Picture launched one of the first construction industry specific electronic document libraries on CD-ROM in 1995.  Prior to that architects specifiers were relying on microfiche or hard copy for technical your information. The Complete Regulations CD ROM was the first low-cost (£49.95) electronic distribution of approved documents for the UK construction industry. We went on to publish 34 editions of the CD ROM. In addition we produced CD electronic catalogues for Pilkington Glass and Fire, Knauf, John Carr, Glass and Glazing Federation and Terrain, distributing over half a million copies to architects and specifiers throughout the UK.

We increased the scope of the CD-ROM to include British Standards to include the construction industry catalogue of standards on the CD which could be purchased individually. This was the first for the industry broadening distribution of standards before the BSI introduced the same functionality into their website.  This unique use of Acrobat technology was featured in the case study published by Adobe with the release of Acrobat 4.

The document library is now available online via our website, SAP calculator software and is incorporated into our Practice Manager web portal.

Following changes in the building regulations we launched the first version of our SAP software in April 2000. Another industry first this was and remains the only SAP software available for both the Microsoft Windows and Apple MAC. Over the years the software has been developed to include a Uvalue calculator and more recently calculations for large glazed extensions. The software as undergone two major platform upgrades and three approval processes by the BRE. The current version is 4 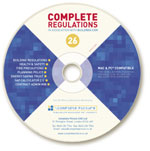 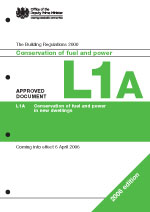